The department is currently rewriting the NRAS Regulations. A summary of the proposed significant changes to the regulations is attached below. This information will be available until 17 January 2020. Please provide feedback to nras@dss.gov.au placing “Regulation Feedback” in the subject heading.

On 12 December 2019, a delegate of the Department of Social Services (the department) made an official determination that the approved participant McKenzie Bond had committed a ’disqualifying breach’ as set out at regulation 22BC of the National Rental Affordability Scheme Regulations 2008 (NRAS Regulations).  The determination takes effect from 10 January 2020 following the expiry of the appeal period.

McKenzie Bond’s breach resulted from an insolvency event triggered by entering into liquidation on 14 October 2019.

The ‘disqualifying breach’ determination means that all McKenzie Bond’s allocations must be transferred or revoked within six months of the determination. If you are a current or a previous NRAS dwelling owner with McKenzie Bond as the approved participant  (from 1 May 2018 onwards) and you have not already been in contact with the department, please email nras@dss.gov.au to find out how the breach will affect you.

On 16 September 2019, a Deputy Secretary of the Department of Social Services (the department) made an official determination that BRAL had committed a “serious breach” as set out at regulation 22BB(1)(b)(ii) of the National Rental Affordability Scheme Regulations 2008 (NRAS Regulations).

BRAL’s breach resulted from its failure to comply with an obligation to provide information to a gaining approved participant as requested by the Secretary of the department under regulation 22D(3) of the NRAS Regulations.

A determination under regulation 22BB(2)(b) that a “serious breach” has occurred means that any investor who owns an approved NRAS dwelling for which BRAL is the approved participant may make a request to transfer the NRAS allocation attached to that dwelling to another approved participant. Such a request must be in writing and addressed to the Secretary of the department. Written requests to transfer should be sent by email to nras@dss.gov.au.

The department is currently making new regulations to replace the National Rental Affordability Scheme Regulations 2008 before they sunset on 1 April 2020. 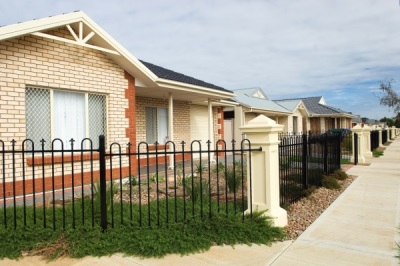 The National Rental Affordability Scheme (NRAS or the Scheme), which commenced in 2008, aims to increase the supply of new and affordable rental dwellings by providing an annual financial incentive for up to ten years. This incentive is issued to housing providers (“approved participants”) to provide affordable rental dwellings at least 20 per cent below market rates.

More information about the Scheme is available on the About NRAS page.