Beta  We are building a new website. Help us make it better by taking a Quick Survey.Hide this

Thank you for visiting this website. In the period preceding an election, the Australian Government assumes a caretaker role.

The Department of Social Services hosts this website and the department will manage it in accordance with the Guidance on Caretaker Conventions. 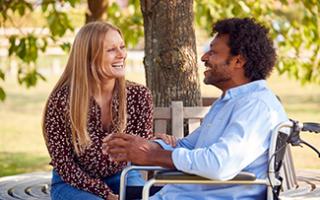 The National Disability Insurance Scheme (NDIS) has changed the lives of more than 472,000 Australians for the better.

Now, the Government is continuing to work to create a simpler, faster, fairer and more consistent NDIS that works better for people with disability, their families and carers.

The proposed NDIS legislative reforms include:

Some of the proposed reforms require changes to the legislation. The Government has recently released draft legislation for public consultation, which are proposed to be made law in the coming months.

How can you be involved?

The Government is committed to consulting with the disability sector and is seeking feedback on the draft legislation. All Australians are invited to have their say.

The draft legislation is available on the DSS Engage website for comment, with submissions closing at midnight 7 October 2021.

You can provide a submission to: engage.dss.gov.au or email your feedback to: NDISConsultations@dss.gov.au